The idea of prefabricated extensions in a post 1950’s World became much more real with the advent of Mid Century modern architecture. Streamlined walls with minimal decoration and large windows and doors , and often the absence of plastered ceilings contributed to the growth of factory manufactured panels and structures.

We have been striving to find the most appropriate system for extensions and have introduced Structurally Insulated panels and pre-fabricated frames as two methods by which we have been able to achieve efficient on-site pre-fabricated extensions to the existing home. However what we are discussing here are pre-fabricated modules that are constructed off-site and then brought in and attached to the house.

Using links between the main house and the extension is the lowest-risk method to construct a home extension. Links attached under the eave of an existing house are efficient and a cost-effective system. This system avoids over capitalization of the build which appears to be the most significate fat tail risk , home owners neglect to consider, when deciding on a home improvement project. While having a beautiful home and a new section to it , pleases every family, the risks of a series of unfortunate events occurring that result in the home being worth less than the sum of it’s inputs ( land , capital, materials and labour ) must never be ignored. Therefore, it is much more important to work contrary to common consumer behaviour and minimize the possible lack of loss, and potential value depletion that can be caused by interest rates, geopolitical uncertainty and demographic shifts.

We have been constructing modules that are 4 m in width and up to 11 meters in length in series or parallel, to optimize the efficiencies that come with off-site construction. Constructing these modules may not deliver cost savings that are immediate as , the overheads of a factory , permanent labour and research are often attributed to costs being on par with conventional building. However modular ( off-site manufacture ) will always prove it’s worth, in the lower finance cost, the speed of delivery and most vitally the inconvenience that conventional builds have on every other aspect of construction.

This is not to say that there are no limitations. For instance, in Victoria, one cannot transport a pre-made building that exceeds 4.5 m in width without a pilot car. Then there is the lack of crane access that impedes most builds. Most home extensions are constructed in the backyards of homes. Crane reach is limited. Power lines and driveways can also obstruct craning.

Think of modules as an alternative to conventional construction. 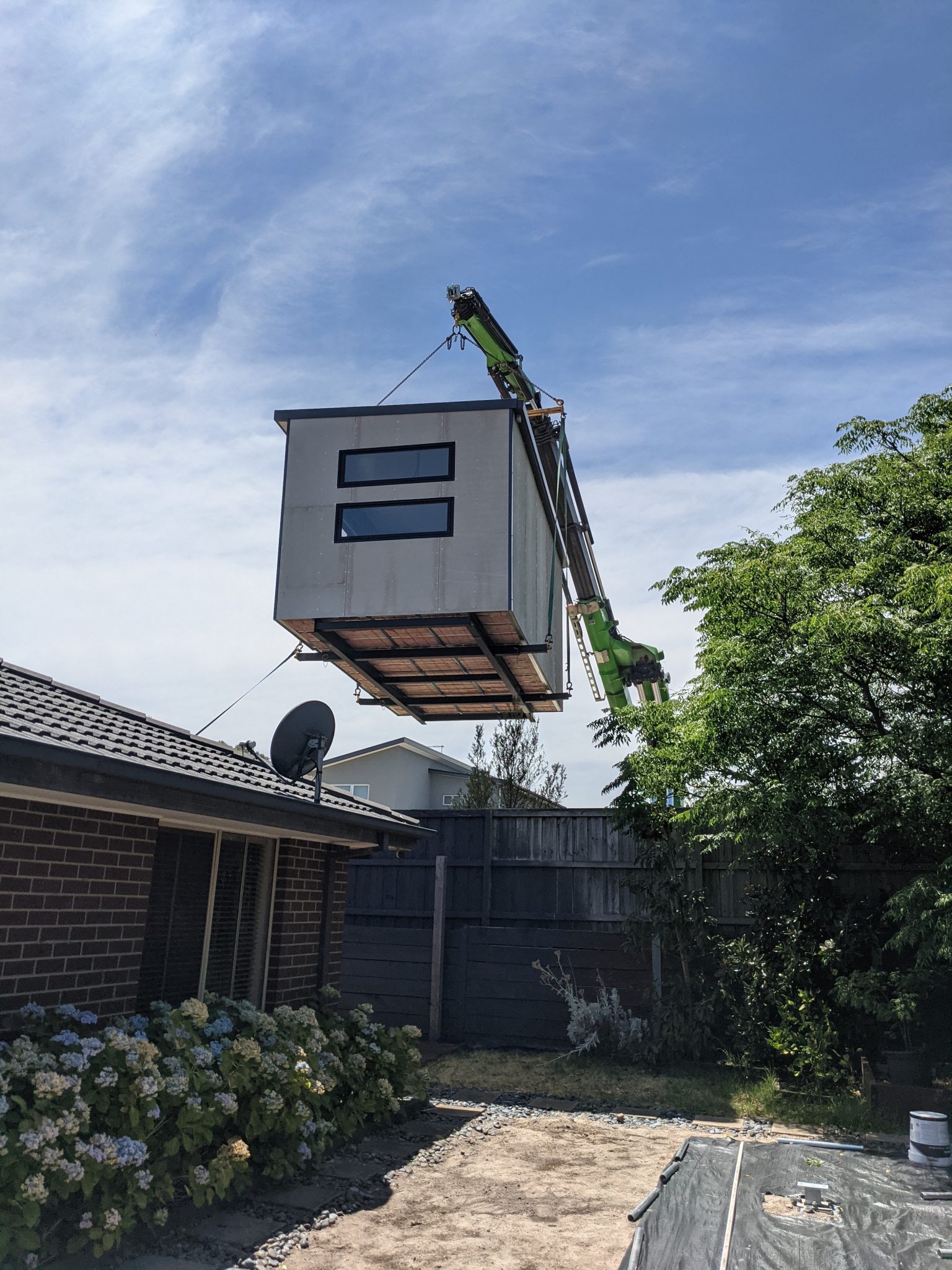 A Studio for the Homeopath

A Studio for the Homeopath

Get the granny flat you want from

We'll design it, build it, and make it sustainable.

Fill out this form and we'll get right back to you with brochures, prices and how to get started!


Fill the Form Above, or Call Us or Message Us on WhatsApp